A black swan flies over Maharashtra 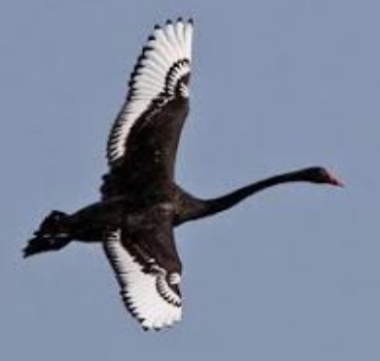 Politics never ceases to generate enough fodder for office discussions over coffee, news channels, & in WhatsApp forwards. Sometimes, it raises the bar even further, & this is exactly what we witnessed in Maharashtra last month.. Unbelievable twists & turns every day, but what made them unbelievable in the first place?

In his classic book ‘Black Swan’ the author Nassim Taleb talks at length about such dramatic, highly unprobable events. Because we didn’t expect them, we are most impacted by their occurrence. Further, we tend to justify their occurence post facto through our tried & tested prediction models.

Something similar happened in the state. No one expected the 3 parties to be in power combined, maybe not even the parties themselves. Even by Indian political standards, it was extraordinary…Everyone in the world expected only white swans- The previous government setup to continue unrestricted was a foregone conclusion ..Wasn’t meant to be.. It impacted folks, because they didn’t expect it, or atleast that’s the inference one can draw reading news. However, it certainly seems to be changing the political landscape of the state, if not that of the country. The last such black swan in India was demonetisation. Whether that was a positive black swan, or a negative one, is something that will remain a debatable topic perpetually..

In the hindsight, one can say that the signs of the current black swan were visible. The ‘allies’ were running their different campaigns, had put up individual hoardings across roads, were making contradictory promises, et al..But again, as the author Nassim says, its very easy to retrofit.

Where does this all lead to? Just like in politics, there will be black swans in our personal & professional lives as well. As the author says, one can look at maximising from positive black swans, & not be too surprised by negative black swans..

Meanwhile, over to the next black swan in Indian politics. Where is it flying next?

This entry was posted in General learnings. Bookmark the permalink.